Retirement rentals brand My Future Living says that living by the sea is something many people aspire to in later life, especially as coastal areas are often seen as special places.

A study last year by WWF-UK[i] found that 75% of people consider the beach or sea to be an iconic part of the British landscape. Half of those polled said the beach allows them to escape the stresses and strains of everyday life, while 67% said they have a “strong emotional connection” to the seaside.

The study also revealed the top 50 beaches in the UK including many in northern England such as Scarborough, Blackpool, Filey and Skegness.

Nygel Scourfield, Chief Executive, My Future Living said these northern resorts have been popular holiday destinations for many people and can also be great places to retire to and enjoy all the benefits of seaside living.

Mr Scourfield said, “Retirement is the time when people often plan a move somewhere new and our experience tells us that coastal regions are some of the most popular areas for people looking to rent in retirement.

“Renting can be a more affordable way to move to popular retirement hotspots which may be expensive to buy in. It’s also a great way to free up capital if you have a home to sell, as well as lead a stress free life without the worry of the upkeep of a property.

“We expect 2022 will be busy with people who have put off moving in the past two years due to COVID-19 and encourage anyone interested in moving to the coast next year to get in touch to discuss the options available.”

My Future Living has coastal properties in developments throughout the UK including several in the north. One of these is Homecrest House in central Scarborough where they have a ground floor one bedroom apartment to rent from £650 per calendar month on either shorthold tenancy or assured ‘lifetime’ tenancy.

All rents include services and maintenance and apartments have an emergency Careline cord or button, plus an onsite development manager on site during the day.

The developments have communal areas, such as lounges and gardens where people can enjoy a cup of tea or coffee together, plus events, activities and outings are often organised which people can join in with if they wish.

One resident who is enjoying coastal living in retirement is 77-year-old Diederik (Rik) Schmull who moved into a two-bedroom retirement apartment through My Future Living eight years ago.

Originally from Amsterdam, Rik moved to the UK in 1979 with his job with Morgan Stanley. He enjoyed a successful career for over 40 years as a stockbroker and travelled all around the world for work.

He previously owned a flat in the Barbican in London but sold it in anticipation of returning to Amsterdam and moved into a rented flat. However, his work commitments kept him in London and after he retired, he made the decision to stay in the UK.

Rik (pictured above) had always wanted to move out of the city and found a rental apartment in a retirement community in Westcliff-On-Sea. Rik says, “I was still very active and busy with meetings and events in London, so I wanted to be close enough to get there easily every week. I did lots of research and found an apartment at a development called Homecove House.

“I went to visit it and it was ideal. It’s close to the beach and there are lots of amenities around but I can get into London in an hour. It’s the best of both worlds. The air is much cleaner here and I enjoy getting out and about.”

Rik highly recommends renting in a retirement community. He says, “For me it’s worked out really well and I’m very happy. It’s all about independent living but with the reassurance there is help available should you need it. They do keep an eye on people especially those that live alone. Old age comes to us all and at some point it’s a sensible choice to live in a retirement community.”

To find out more about renting a home in a retirement development visit: www.myfutureliving.co.uk 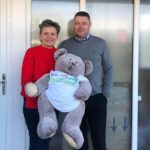 Why not visit our other sites?

Business In the Midlands

Business in the News